What is a six-year-old typically into? Peppa Pig, In the Night Garden or even The Gruffalo? Meet Esther Okade, not your average kid For, at six-years-old, Esther took her maths GCSE…and got a C!

Not content with a C, she took it again a year later – at eight – and got an A. Now, 10-year-old British Esther Okade has enrolled on an Open University maths degree and is intent on getting a First class grade. And as one of the youngest undergraduates in the country, she is not stopping there, of course not! For young Esther has decided she wants to follow it on with a PhD and then open a bank – at fifteen!

So, why does she want to study at such a high level and not be enjoying herself playing with dolls, playing football or dancing singing to Frozen like other ten-year-olds?

“[The course is] so interesting,”  She told the press. “It has the type of maths I love. It’s real maths — theories, complex numbers, all that type of stuff. It was super easy. My mum taught me in a nice way.” 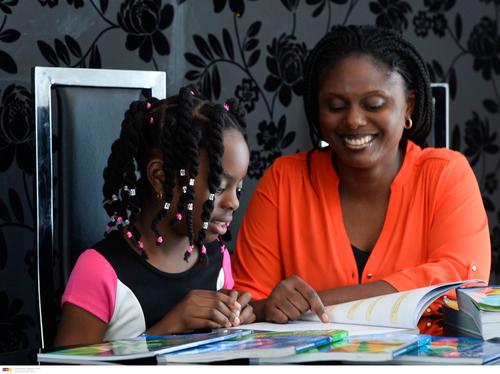 And despite her mother being a Maths teacher and teaching both Esther and her younger brother at home, her British-Nigerian parents say her love of Maths comes naturally. Mum, Omonefe “Efe” Okade told the press that going to university was entirely Esther’s idea.

“From the age of seven Esther has wanted to go to university. But I was afraid it was too soon. She would say, “Mum, when am I starting?”, and go on and on and on. Finally, after three years she told me, “Mum, I think it is about time I started university now.” 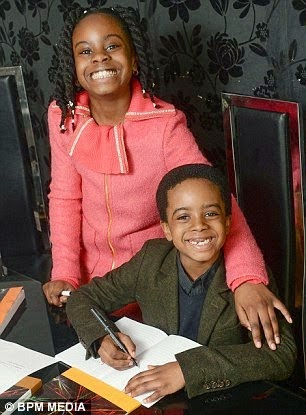 The family live in Walsall, in the West Midlands, and mum, Efe says that she became aware of Esther’s special talent for Maths around the age of 4,

“By the time she was four I had taught her the alphabet, her numbers, and how to add, subtract, multiply and division. I saw that she loved patterns so developed a way of using that to teach her new things. I thought I would try her with algebra, and she loved it more than anything.”

Esther is currently writing a series of maths workbooks for her kids called Yummy Yummy Algebra. Esther explained the series to CNN:

“It starts at a beginner level — that’s volume one. But then there will be volume two, and volume three, and then volume four. But I’ve only written the first one.As long as you can add or subtract, you’ll be able to do it. I want to show other children they are special.”