Nigeria is a hive of buzzing activity right now, as the country’s elections draw to a close and the new president, General Muhammadu Buhari, is sworn in. And while Buhari is poised to say goodbye to Goodluck, America’s CNN decided it was more important to cover… the election fashion. We took a closer look to see what was so eye-catching.

Nigerians are well known for being lovers of fashion, style, looking good with bright, matching colours for every occasion – all occasions demand it, and a national election is no exception! Political parties and supporters took to the streets in outfits and designs made to compliment their leaders as positively as possible and draw attention to their oarty values. Matching outfits show unity and unity equals strength. The logic is simple and makes sense. This year it was certainly a ‘bright and beautiful’ election, in terms of the political campaigns and the fashions that followed.

While Goodluck and the People’s Democratic Party were in re-election mode, their outfits made their stance clear. Check out the funky outfits below complete with their candidates portrait repeated across the material.

But the winning candidate and party, General Muhammadu Buhari’s All Progressive’s Congress took to getting accessories made in support of their leader. 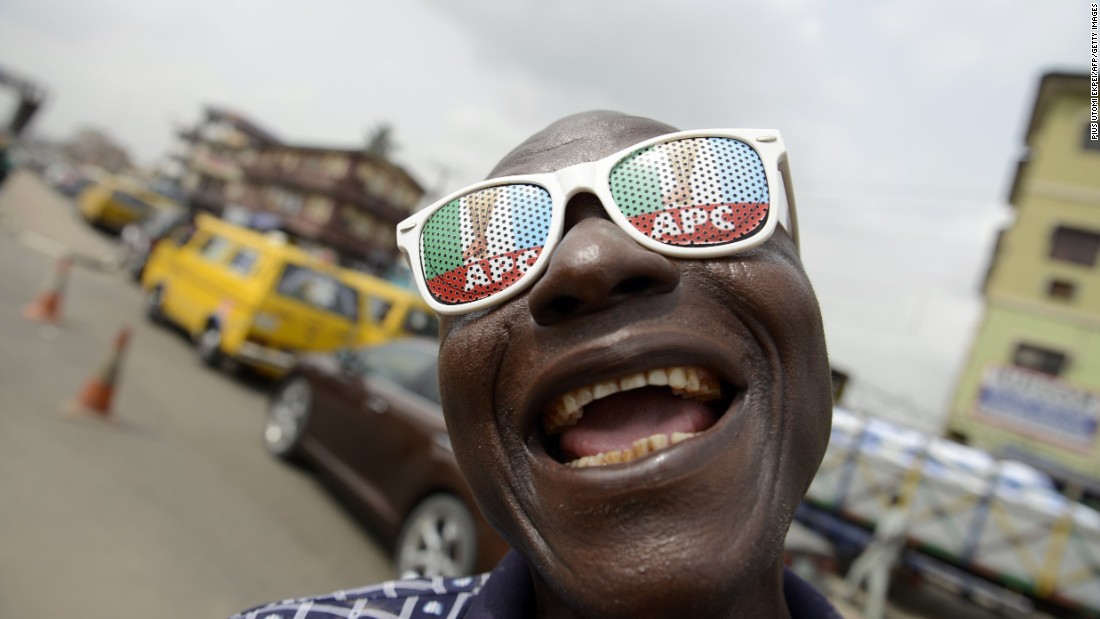 General Buhari, 72, ruled Nigeria from January 1984 until August 1985, taking charge following a military coup in Dec 1983. We think his win this time around could have something to do with his personal fashion sense. As one who prefers to live modestly without the more ostentatious show of material wealth his counterparts might be said to have shown, Buhari put more effort into promising change in Nigeria, than he did in matching attire. On campaign, he was often seen in simple, clean whites with his APC logo and colours the only flashiness on show. Perhaps this is a testament to his positive reputation as a man of action and more transparency than any other president. We wish the new Nigerian president the very best of luck!